Home PressTrump’s latest travel ban is an attack on Africans

(CNN)Last Friday, as the nation prepared to usher in the first day of Black History Month, President Donald Trump used his executive powers to issue a ban on visas for six countries, most of which are located in Africa — immigrants from Nigeria, Myanmar, Eritrea and Kyrgyzstan will be banned, while citizens of Tanzania and Sudan will be ineligible to apply for the green card lottery. The Trump administration had been hinting at this latest ban for weeks, yet the President still managed to choose the worst moment imaginable to set it in motion. 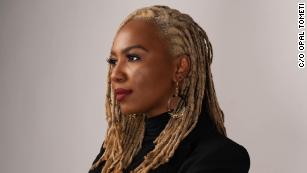 The reality is that Trump and his administration are in the midst of the battle for control of their legacy, especially in light of the impeachment. And instead of choosing to face it with a modicum of dignity, they’ve chosen to distract, obfuscate and induce chaos. It seems ironic that while entering the month of February — a month reserved for celebrating the contributions of black Americans to our country — we are also confronted by an administration that is actively working to block black people traveling from Africa.

While the ban stokes baseless fear of immigrants in America, it is also stirring concern amongst migrant communities within the US and their loved ones around the globe. As a Nigerian-American and as a human rights defender, I’ve been paying particular attention to this ban as my community is most impacted by it. I have personally received numerous text messages and had several conversations with friends and family about what we call the #AfricaBan — because, combined, it impacts nearly a quarter of the entire population of the continent of Africa. And while many might assume that I’m solely worried about what this means for migrant communities like mine, this is not all that alarms me.

The truth is, I am not naive to the fact that we are living in a context where immigrants’ basic civil liberties and human rights are routinely trampled upon and under attack.

The Supreme Court has helped pave the way for the Trump administration to institute a so-called public charge rule to penalize immigrants who rely on public assistance, making it more difficult for low-income immigrants trying to come or remain legally in the United States (for the fear they may become a public charge) and perpetuating a long-debunked myth that immigrants are a drain on the system. In fact, according to a 2017 report from the National Academies of Science, Engineering, and Medicine, immigration “has an overall positive impact on the long-run economic growth in the US.”

Until a federal judge in Maryland issued a temporary injunction blocking the measure in January, the Trump administration had in place an executive order giving state and local officials discretion on whether refugees could resettle in their jurisdictions (until then, refugees were allowed to live wherever they wanted in the US).

Both of these measures were egregious, with wide-reaching implications for immigrants of color in particular. In this context, the visa ban impacting multiple African countries feels like the latest blow in this administration’s efforts to codify nativism in immigration law.

Black leaders as far back as Frederick Douglass to as recent as Congresswoman Yvette Clark have advocated for immigrant rights, noting its centrality to the broader fight for racial justice. Over the years, the efforts of the Congressional Black Caucus and others who have championed the cause of migrants, including asylum seekers and refugees, have been crucial to their maintaining their rights. African Americans have been clear about the moral debt that this nation owes to marginalized communities, and those who seek to make a better life for themselves. The black community knows intimately that when one community is under attack, all are threatened. And this is why so many of us have taken a progressive approach to solidarity with migrants.

Early in his presidency, Trump referred to African nations as “shit hole countries,” and it seems the President is ensuring his rhetoric becomes a reality. Despite the watery explanation his administration has given for its travel bans, it’s clear to experts that security isn’t a reasonable concern those bans could address. As research by New America has shown, it’s largely been US-based loners who have committed acts of terrorism, not immigrants. This President continues to engage in problematic behavior that undermines the US democracy, and goads countries that have proven to be a menace with the threat of war. What many of us have noted is that for the Trump administration, claims about national security are too often a pretext for covert racism. The goal is to instill fear in a segment of the population, and it puts communities of color in jeopardy.

The connection of xenophobia and anti-black racism is clear as day. From the growing number of black asylum seekers at the US-Mexico border who are left in deplorable conditions and have their rights routinely violated to travel bans, make no mistake: this is latest move in an agenda to further normalize and codify a dangerous ethnocentrism.

This administration is diminishing our country’s political and social power by trying to interrupt the natural demographic shifts that would lead to a more progressive, more inclusive US. It is incumbent on those of us in immigrant communities who are at risk of further marginalization to become more adept at understanding the need to be part of the “moral arc of justice” that Martin Luther King, Jr. so poignantly declared.

Our collective power is ultimately what’s at stake when borders are closed and access is denied. We must stand together with dignity, continuing to advocate for all. This large march toward justice is ultimately the greatest fear of the Trump administration.

Forget Coates vs. West — We All Have a Duty to…

We're currently offline. Send us an email and we'll get back to you.

Type and press Enter to search